The definition of migration policy is the cornerstone of the policy defined by each government in the modern era of globalization and international mobility. Greece has the largest number of immigrants among the EU countries compared to its population and the economic situation of the country.

Although Greece has adopted one of the most progressive laws on asylum in Europe, as acknowledged by the United Nations High Commissioner for Refugees, problems remain and are located – above all – in unemployment and social security subject.

In Greece, the institutional framework for the conduct of immigration policy as supplemented by Law. 3838/2010 not only denies the opportunity of regularization of immigrants but also retains the logic of legal migration through complex transnational processes. These result to a migration admission policy that only aims to the absolute state control of flows in terms of meeting the demand for specialties that are not sufficiently available in the domestic labor market, while accepting the need for a one-off regularization of migrants that are already in Greece.

The fact that both the state apparatus and local authorities have not yet completed the infrastructure, human resources and knowledge required in such a mobilization management, is an obstacle to any reform policy undertaken. This means that the response of migrants to the practitioner migration policy is positive, whereas the administrative environment does not achieve high levels of effective operation. Impressive is the fact that even the individual responsible for the Ministry of Immigration does not know the exact number of immigrants who are in the country. 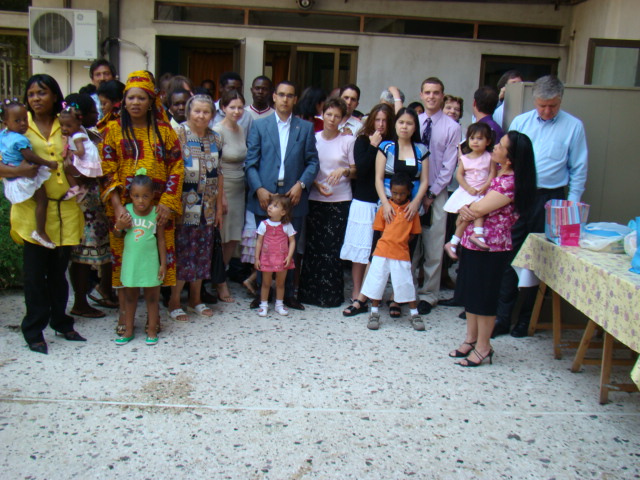 In the Evangelical Church with migrant communities

The migration policy of Greece requires a fundamental realignment focusing on the following areas:

Greece agrees with the provision-economic assistance for developing the necessary structures in third countries to reduce illegal immigration.

I believe, that in this situation, the law plan will create terrible discrimination instead of solving problems.

The president of the Immigrants Union of Greece, Mr. Jean Daniel Colombani, declared to “N” that “the government is trying to implement its pre-election promises. It is a fact that the children of migrants born in Greece or who have come to the country at an early age and have attended Greek schools have the same rights as Greek children.  Of course, something that the government has not noticed is the smooth incorporation not only of children but also of their parents into Greek reality”.

Regarding the right to vote, Mr. Colombani declared absolutely in agreement with the government “but on the condition that they have the right to stand for the position of Mayor and chairman of the City Council, so then we can say there will be equality between Greeks and immigrants “as he says.